The HIV Collaborative Fund, which was founded and established in 2003, offers small contributions and donations to community-based associations in Eastern Europe, Latin America, the Caribbean, Asia and Africa. In addition, the financing of HIV Collaborative Fund is provided for regional network assistance, program evaluation, and technical assistance as well. More than 15 donors finance such activities such as the Elton John AIDS Foundation, Ford Foundation, Johnson & Johnson, the Steven Lewis Foundation, The Bill & Melinda Gates Foundation, and the World Health Organization (WHO). This foundation is a development of Tides, and every decision in terms of financing is conducted by the International Treatment Preparedness Coalition’s members.

In 2007, the foundation announced that Bill & Melinda Gates Foundation gave a three-year funding worth $5.2 million in order to help community-based groups in sub-Saharan Africa area which are taking part in educational and advocacy activities in order to raise access to prevention and treatment of HIV cases.

HIV Collaborative Fund makes use of a distinctive financing means wherein financing assessments are conducted by ITPC (International Treatment Preparedness Coalition) members, which is a worldwide alliance of individuals suffering from AIDS, in order to boost access to equitable and comprehensive treatment, prevention and care.

According to the Bill & Melinda Gates Foundation’s Global Health Policy and Advocacy director, Joe Cerrell, people who are suffering from HIV and grassroots associations have a significant and distinctive part in fighting stigma, supporting HIV services, helping in the lifesaving delivery care and prevention services, as well as taking part in boosting AIDS’ governmental leadership.

The help from the Bill & Melinda Gates Foundation enables the International Treatment Preparedness Coalition to improve the capacity of its network all over the Saharan Africa area and generate models for communications, advocacy and service delivery that ITPC will use worldwide.

The members of International Treatment Preparedness Coalition all over the globe support better network to evidence-based treatment services, HIV medication, as well as the human rights for those who are suffering from AIDS. The semi-annual reports of the International Treatment Preparedness Coalition offer an evaluation of HIV treatment activities’ impact all over the globe. The proposals for better care included in these kinds of reports are adopted by a variety of establishments, as well as are published in different publications, such as in The Lancet, a widely-respected and independent medical journal.

More than 500 institutions worldwide have been given grants since 2003 by HIV Collaborative Fund such as:

No woman likes to step out of her house without being clad in makeup. For a woman, makeup is a vital part of her personality which shows off her individuality and who she is. Similarly, without a good perfume, a woman’s makeup is incomplete and she fails to make the impact that other woman wearing fragrances or perfumes do. But how does a woman choose a signature perfume? The market shelves are pouring with perfumes and this can add to the woes of buying the correct perfume, which ultimately plays a role in defining you.

Consider ‘Live’ by Jennifer Lopez. Created in 2005, this perfume defines Lopez’s personality and style- full of life, cheerfulness and rhythm. One might even remember Lopez’s curves while looking at the curvy bottle of her perfume. With a hint of lemon, pineapple, bergamot, sandalwood and caramel this perfume is sure to make your senses go into a tizzy. Perfect for an eveningwear, this bestseller perfume is a must-have. Have this perfume in your wardrobe and people around you will begin to associate this beautiful fragrance with you and your personality even if they come upon it somewhere else. Yes, that’s what happens when a woman constantly uses one particular fragrance for a long time- it becomes synonymous with her name. 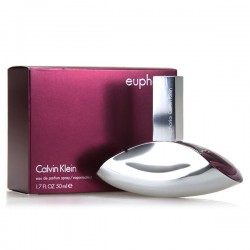 Another appealing fragrance is ‘Euphoria’ by Calvin Klein. Designed in 2005, this perfume has a fruity and floral fragrance and is ideal for daily wear. If you want your temperament to be styled as free-spirited, joyous and appealing then this fragrance will do the talking for you. With hints of rose, apple, green leaves, lotus, black orchid, red wood, black violet and amber, this perfume will scream of luscious mystery just like exotic flowers. Wear it on your wrists and neck and you are good to go for a long day- you won’t compromise with this fragrance.

If the other two were not for you, you will love this next one: Bright Crystal by Versace. The pink colored perfume bottle will make you want it and just like the color, the fragrance is soft and radiant. Created in 2006, the main ingredients of this perfume are pomegranate, peony, magnolia, lotus, musk and red wood. A fragrance appeals to some people, but it might not be to others, but with this fruity fragrance, everyone is bound to love it and the person wearing it. This will define the woman wearing it as a woman with a sophisticated and joyful taste. Buy the Bright Crustal by Versace and I promise you won’t regret it. You will be drowned in compliments when wearing it.

Taking photographs can be considered as an art form and known as a creative way to unleash one’s personality and likes. Through the use of photography, a person can best express her thoughts and tell stories to people. Because of the many uses of photography, many professionals and amateurs get into the business of snapping pictures. Some professionals make a living out of these pictures, and some take pictures for sentimental reasons and to preserve memories and events. But more than these uses of photographs, there are still some important roles and benefits that can be provided by photographs. For example, with photographs you can take measurements that can be used for other purposes. This is the science of Photogrammetry- the art of taking and making measurements from pictures. In this new use for photographs, you don’t just rely on photo capture. Rather the primary objective is to make measurements from these pictures. Photogrammetry Los Angeles.

The main product of this service is usually a map or measurement or can come as a 3D model of a scene or object on the real world. This service can be provided by a 3D laser scanning Service Company or a related firm. There are now different ways of taking photographs that can be used in this kind of service. But most of the time, many firms are engaged in the use of photographs taken by aircraft. The great thing about these photographs is that the images can cover a wider area compared to simply taking photographs at the ground.

What Is Aerial and Close-Range Photogrammetry?

If this is the agreed arrangement then the pictures and the images will be taken above the ground and the camera will be mounted in an aircraft, and the camera is focused vertically on the ground below. The photos will then be processed through the use of a tool and using the stereo plotter that will allow for the operator to check two photos at the same time. The other type is called the close-range, and as the name suggests the professional will take the pictures up close and personal. Professionals will normally take the pictures using the tripod and in special cases, the cameras can be mounted in vehicles as well. Now under this kind of style, the images that can be generated are not topographic but rather drawings and 3D models.

Since these services are measurement-centered, then it is important that you pay attention to the quality of the services offered. Look for the professionals and firms that can offer excellent image measurement at the best standards. This is the best approach that you can take if you want to take amazing images and measurements of topography or certain real life scenes and spots.